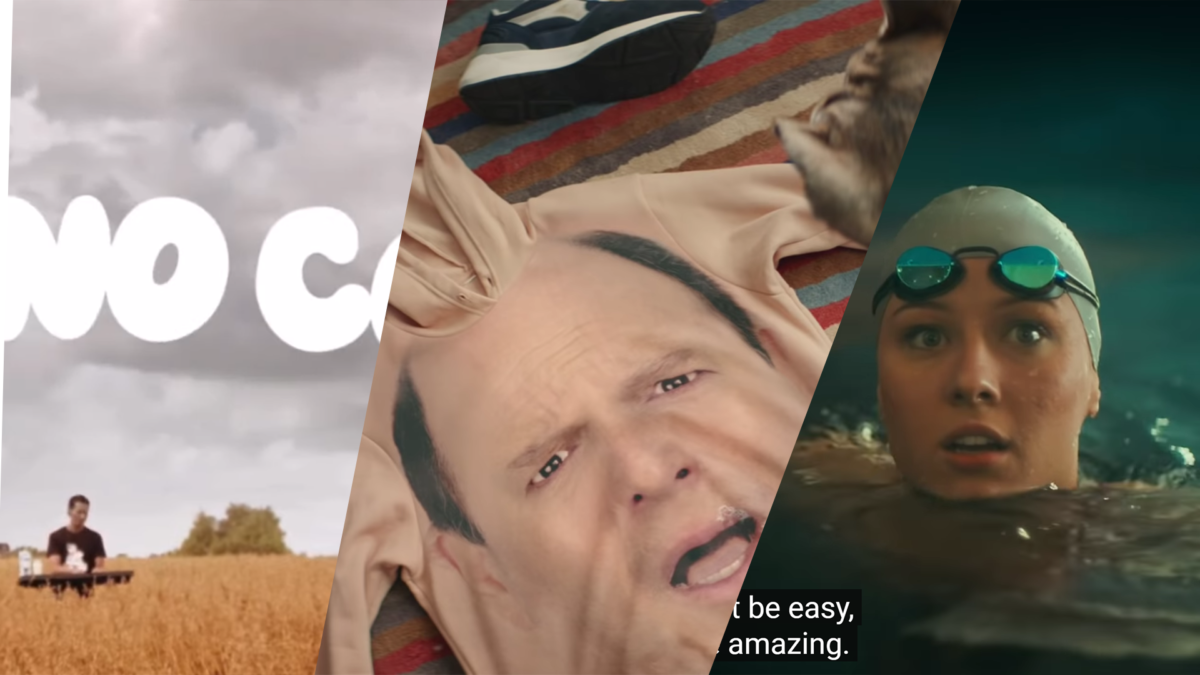 Last Sunday was a great Sunday for all sport lovers: There were tons of ads being aired, the Weeknd had a halftime show in Tampa, and – oh – the Tampa Bay Buccaneers destroyed the Kansas City Chiefs in a 31-9 win.

But everyone knows Marketers look at the Super Bowl from another perspective. So did I. And that’s why I want to highlight 5 few Marketing takeaways, by looking at some of the most interesting ads aired during the Super Bowl.

­Especially during the COVID crisis, people seek for affection more than they need logic. So you need to create an ad to make them laugh or make them cry. I’ve already covered the importance of using humor in ads in my previous blog (Cheetos and M&M’s were my favourites). But what about ads that make you cry?

We see Jessica Long swim. In the background, we travel time as we hear people telling her adoption parents that baby Jessica will have a rough future: Her legs need to be amputated. Her life will not be easy.

At the same time, we see Jessica journey to her great achievements. And we see what she has achieved now: She makes swimming look easy, she steals the hearts of the crowd, and she has won 13 Gold Medals during the Paralympic games.

It’s a unique form of storytelling: The ad shows a contrast between the uncertain past and the successful present. The first is told, the latter is shown. You hear all the negative consequences and uncertainties, but you see a Paralympic athlete who is rocking her life. Toyota makes us believe that there is hope and strength in all of us, despite the situation we are in now. And that touches audiences, because this narrative is relatable to all of us.

Weird ads, right? What is the point of showing a shirt getting dirty or singing “Wow wow no cow” repeatedly? Well, both ads are quite funny, and they get the people talking. And that’s the point of a commercial: Impressions and engagement

But remember that not every ad receives unanimously positive or negative comments. It’s a matter of personal taste. Let’s take a look at some of the responses to Oatly’s commercial:

“Idk what I disliked more…The Weekend’s Halftime show or the Oatly singing commercial.”

“That commercial was so bad I’ll never buy Oatly milk ever.”

“The Oatly Superbowl commercial is the best one so far.”

Check out this video for tons of more mixed responses

See? Just four examples of tens of thousands people responding to the “Wow, wow no cow” Oatly ad. The moral of the story: Not everyone is going to like you. What matters, is that your ad should get your audience talking about you.

No matter how many positive or negative comments Oatly got, people learn the brand through social media. The ad will stick with you in some way. And so does the brand. Or as someone on YouTube puts it:   “I’s so fucking horrible but it’s honestly the only commercial I remember” And that’s what matters.

4) Entertain, and make your ad relatable

Let’s be honest. We all hate commercial during sports games. So it is extremely difficult for advertisers to lure audiences into watching advertisements when “Ads suck.”

So this brings me to the next point: Make your commercial as “non-commercial” as possible. Use the ads to bring value to the people you’re targeting to. Not just to promote yourself or your products. Make the advertisements as entertaining and relatable to your audience as possible.

Does M&M’s tell you anything about the great taste it has? No. Does the Tide ad tell you how it washes your shirts? Not really, maybe at the last couple of seconds. Do these advertisements entertain you? They most certainly do! Are they relatable? Yes!

Let me highlight the Tide commercial a bit more to explain how important it is to make your ads ‘relatable.’

We see a mother telling her son to wash the Jason Alexander Hoodie. Her son responds:  “But that looks clean to me.” After that, we see many reasons why the Hoodie still needs to be washed. It is used as dog toy, as baseball base. We see the hoodie making contact with many dirty objects times and Jason Alexander is face not liking the smell.

It’s funny because it’s relatable. It’s weird, but relatable. As a Youtube comment puts it: We all have a Jason Alexander hoodie in our lives. We’ve all had a moment where we thought we could wear dirty clothes just because they looked clean. And like I discussed in my previous blog: We’ve all snagged a bag of snacks and lied about it (Cheetos)

The thing is, brands like Tide, Cheetos and M&M’s don’t need to tell us how great their products are. We decide that ourselves. Rather, these funny ads can help us associate the advertisement and brand to experiences in our own lives. If an advertisement is relatable, we will remember it for a while, and we will surely remember their brand.

5) Make use of New Media

Last but not least: Airing your ad on televisin is great, but generating exposure on platforms other than television is even better. This Super Bowl edition, I’ve seen some great new approaches to advertising during a Super Bowl event. I’ll shortly list them down here

Bud Light Seltzer got Dude With A Sign to the Super Bowl, got the IG post – this was very well played. pic.twitter.com/8kaR6ohj4W

GM with hundreds of thousands of views of the IG Reels they cut from their ad. 👌 #MarketingTwitter #brandbowl pic.twitter.com/Ee4vlc73J0

Tweet us the exact # of MAJORMELON bottles in this spot & you may win $1million.

Can you see a pattern? Let’s put it this way: Super Bowl ads are not only meant for traditional distribution anymore. We watch television, but we engage on social media. And in Marketing, engagement is far more important than impressions.

So what brands are doing, is “socializing” their traditional ads. You need to make ads appear on social platforms. And make the ads as engaging as possible. Extend on the traditional ads you have already launched. Social Media helps you grow your exposure, as people continue to talk about your ads on these platforms. And if you, as a brand, are engaging with these people, you are hitting the right spot.

Did you know that if your brand account mentions the Super Bowl in unsponsored social media posts, the NFL will start a lawsuit against you? Obviously, the NFL doesn’t want you to have free brand awareness whereas other brands pay millions of dollars for the same reach.

This meant: No tweets that mention #SuperBowl, Super Bowl, Pro Bowl, etc. But rules are there to be broken. And here are some cheeky brands that did!

There are so many factors that determine whether your ad is successful or not. The most important thing, is that you need to make your ads as appealing, engaging and talk worthy as possible. And by examining the best and the worst of the Super Bowl (and other ads), you can generate a lot of great ideas for your own ads!

Hi, I’m Jelle Postma, owner of SociJel. I’m a Communication and Media alumni (Bsc., MA) who helps other entrepreneurs to up their online marketing game. I love talking about Online Marketing and Media. If you want to read more of my thoughts, definitely make sure to check out my Blogs, Twitter and LinkedIn.