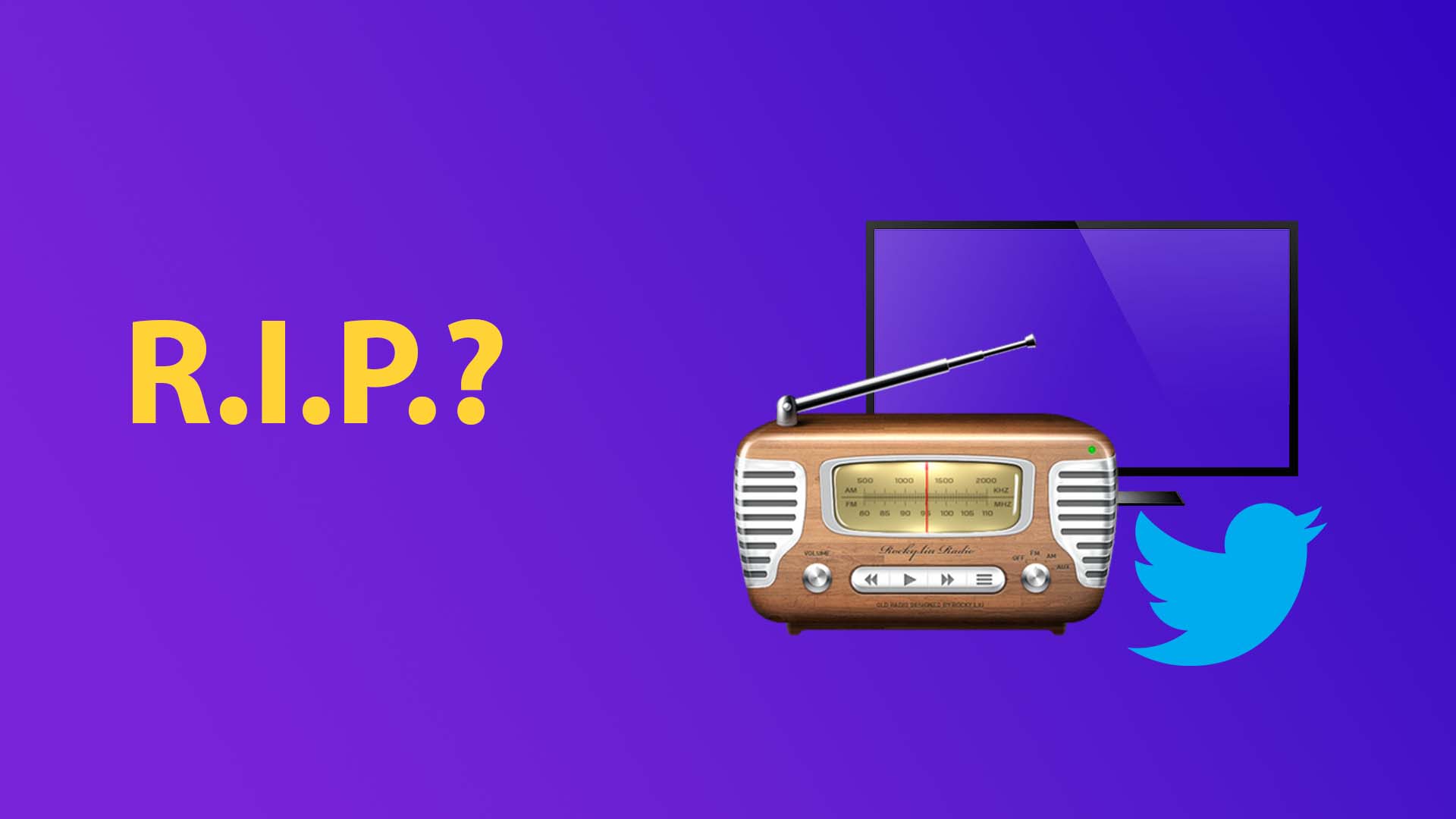 Have you ever called a media platform “dead?” Well, some Marketers, Strategists and Thought leaders have! And with ‘dead’ they refer to the decreasing popularity of platforms like Linear TV, Radio and Organic Social Media. As result, it’s less interesting for Marketers and Advertisers to spend time and money on these platforms…

…But are ‘dead’ platforms really dead?

Why media platforms are considered ‘dead’

The first thing most Marketers do when they analyze a strategy, post or platform, is looking at hard numbers. Metrics such as viewership, likes, engagement rate, and leads give us clarity. They tell us if we get enough return on our investments.

And when looking at numbers, we can see that they are going south: Linear Television is losing market share woldwide, streaming is outperforming radio , and the reach of organic posts on Social Media platforms has been decreasing for years.

Television, radio, and Organic Social all used to be three leading platforms. Now, they aren’t anymore. They’ve been surpassed by newer, more popular, and more innovative platforms. But does that this mean that traditional media are dead?

…And why they’re still more than alive

If media platforms were truly dead, there wouldn’t be money pumped into these platforms anymore. The fact is: Linear Television is still there, and advertisers are paying millions to get a Super Bowl commercial spot. Organic Social Media isn’t dead enough either: The number of daily active Facebook users is still increasing. Brands are still hiring Social Media Marketers to create organic content for platforms like TikTok, LinkedIn, Twitter and Instagram.

Yes, Linear Television viewership numbers have declined and yes, creating well-performing organic social media content is more difficult, thanks to paid media and influencer marketing. But these traditional platforms are still considered too important to be left dead.

So our interests and behaviours have changed. This means that producers, strategists and marketers should evolve too. And many of them have:

Obviously, a media platform can be dead to you when it doesn’t bring in any results for you. But you should always ask yourself why you don’t see any results on a specific platform. Because numbers don’t tell you everything: The reach might have dropped, but the potential value is still there.

Will a media platform ever be dead?

Will a media platform ever become dead? I’m not sure about that. Media developments are just so unpredictable. Remember the QR-code? It made a spectacular comeback. Twice. Who would’ve thought?!

Hi, I’m Jelle! A 23-year old Marketer who is currently on the job hunt! I’m active on Twitter and LinkedIn to learn from other Marketers and to share my own insights. I also regularly write blogs and I have my own newsletter.