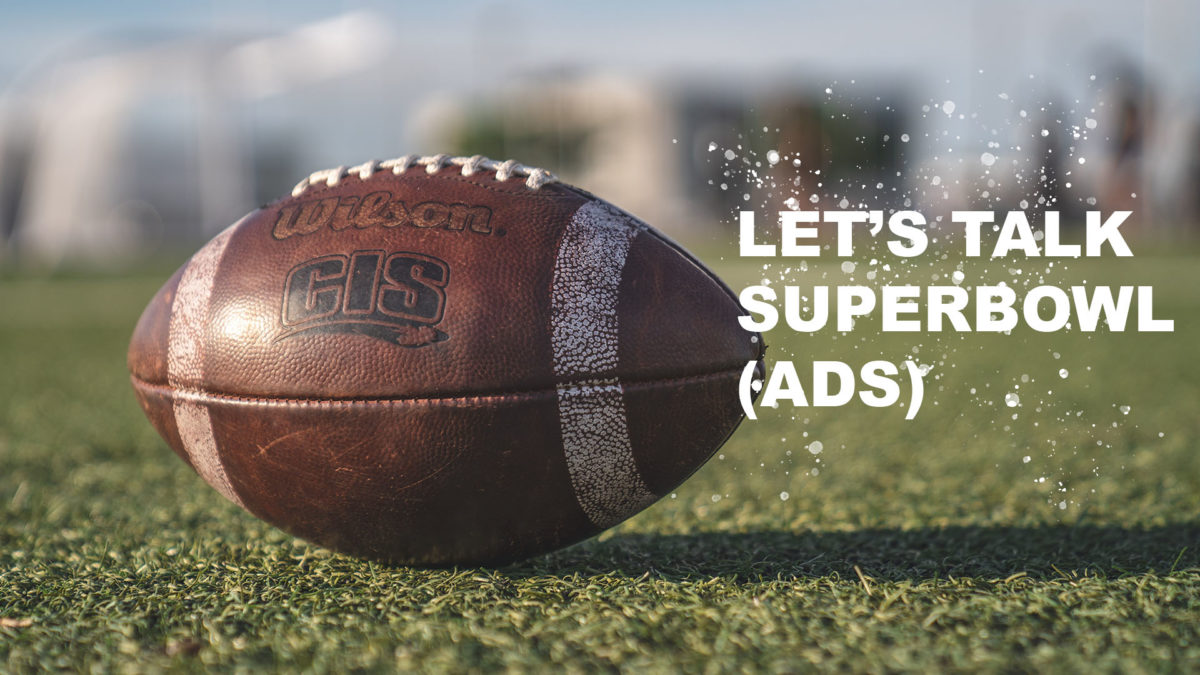 This Sunday, it’s time for 55th edition of the Super Bowl. And we all know what that means – Sports culture, pop culture and – most importantly – Super Bowl ads! With nearly 100 million people watching the Super Bowl, the event is lucrative for big brands, who spend millions of dollars on creating and showcasing the best (and the worst) of advertising.

I’m hyped up for another four hours of ads, half time shows and football and got in a writing mood. Let’s review a few ads that will be showcased during the Super Bowl!

Let’s start with an easy one. The “It Wasn’t Me” ad by Cheetos. An ad in which all sorts of pop culture collide, as we see actors Mila Kunis and Ashton Kutcher arguing about a bag of Cheetos Crunch Pop Mix, while Shaggy sings a custom version of his popular hit “It wasn’t me.”

Check out the Cheetos Commercial

The content of the ad isn’t very special. But it works, because it’s a funny ad. Humour (almost) always works in Superbowl ads. No wonder why CBS calls these kind of ads the ‘safe, traditional approach.’

Humour works because it elicits positive emotions. Funny advertisements make people laugh, associate scenes with events in their personal lives (We all had a ‘It wasn’t me”-experience), and if a brand consistently uses funny content in their advertisements, people will start to associate humour with the brand.

“The ‘uhm’ this is interesting: RobinHood

The message of the ad is clear: “We are all investors.” We invest on a short-term and a long-term base. And it doesn’t matter who we are, where we are and what we do. We all invest. And RobinHood wants to make investing suitable for and attractive to the everyday person.­­ With RobinHood, you don’t need to become an investor, you are born one.

Check out the RobinHood commercial

But I think everyone can guess what makes this particular advertisement – let’s say – “interesting”: The timing.

Just over a week ago, RobinHood received massive backlash after restricting trading right after the impressive GameStop stock rise. It resulted in criticism, people switching to other brokers and a harmed brand reputation for RobinHood.

Now I think that RobinHood quickly launched their commercial as a part of their damage control strategy, and to stress that trading through RobinHood is accessible to anyone. But will this message be considered trustworthy one week after the Trading drama? Certainly make sure to check the audience’s responses on Social Media when this ad is being aired.

The “It’s not just about sales”| Dexcom G6

A lot of Super Bowl advertisers try to sell you their newest beers, Hard Seltzer, bag of chips and cars. And that’s why I like Dexcom’s commercial, who promote their newest Glucose monitoring system which is suitable for diabetic patients.

And maybe, the ad is able to spread an important message to the entire audience…

Check out the Dexcom G6 commercial

So let’s take a look at the ad itself. In a 30 second video, you see a great contrast between which technological revolutions we have made and which we haven’t (yet). We fly drones, we have self-driving cars, we’ve sent robots to Mars. The copy and visuals almost make you feel like we’re already living in a sci-fi Back to the Future world. Life has become easy for many of us, with all the technological assets we are given. This is in high contrast with the fact that diabetic patients still have to prick their fingers to measure their glucose levels. Like narrator Nick Jonas says: “Finger Sticks, really?”

Luckily, Dexcom finally presents a solution for all people who have diabetes, by introducing their newest device that includes a sensor to measure Glucose levels.

So what makes this ad so great? There are two components I want to highlight: Nick Jonas and the underlying message of the advertisement.

There’s a 99% chance you might already know Nick Jonas. And if not, what if I say he’s a part of the Jonas Brothers? Might that ring a bell? At first glance, it seems nothing more than a celebrity promoting a product in exchange for cash. But what little of us know, and what we get to know from the commercial, is that Nick Jonas is a “Dexcom Warrior”: He actually has diabetes. So he actually uses the Dexcom products to manage his diabetes. And that’s a big plus, because there’s nothing more reliable than a celebrity who endorses a product and actually uses it as well.

But there is one more reason why I find this advertisement interesting, and that’s the underlying message. Obviously, Dexcom wants to increase sales (Why even bother launching a Super Bowl ad otherwise?). But at the same time, I think this ad will positively contribute to the public awareness of diabetes. First of all, it shows everyone that diabetes is invisible. It shows how even celebrities, even the fittest-looking people have the disease. I bet there will be a lot of “Oh I didn’t know Nick Jonas had diabetes”-responses this Sunday. And let’s see if that will start the conversation about diabetes and some other ‘invisible’ diseases.

It also shows people with diabetes that the disease doesn’t have to limit you from living your life. Because look at Nick Jonas. He has diabetes and he’s a full-time popstar! And I’m sure there are a lot of professional athletes out there who have diabetes as well.

And maybe that might be something I’m missing in this great ad: Why didn’t Dexcom include a professional athlete next to Nick Jonas? That would be the thing that could’ve made the ad pitch-perfect. Because, hey, it’s the Superbowl!

Each Superbowl ad has its own unique story. And this makes watching the Super Bowl ad so interesting. The ads I discussed above are just a tiny part of what will be showcased next Sunday. There’s a lot more to come?

Which Super Bowl advertisement stands out the most to you? Let’s discuss further on LinkedIn or Twitter!

Hi, I’m Jelle Postma, owner of SociJel. I’m a Communication and Media alumni (Bsc., MA) who helps other entrepreneurs to up their online marketing game. I love talking about Online Marketing and Media. If you want to read more of my thoughts, definitely make sure to check out my Blogs, Twitter and LinkedIn.