Marketing and Media recap #2: It’s cool to be chaotic 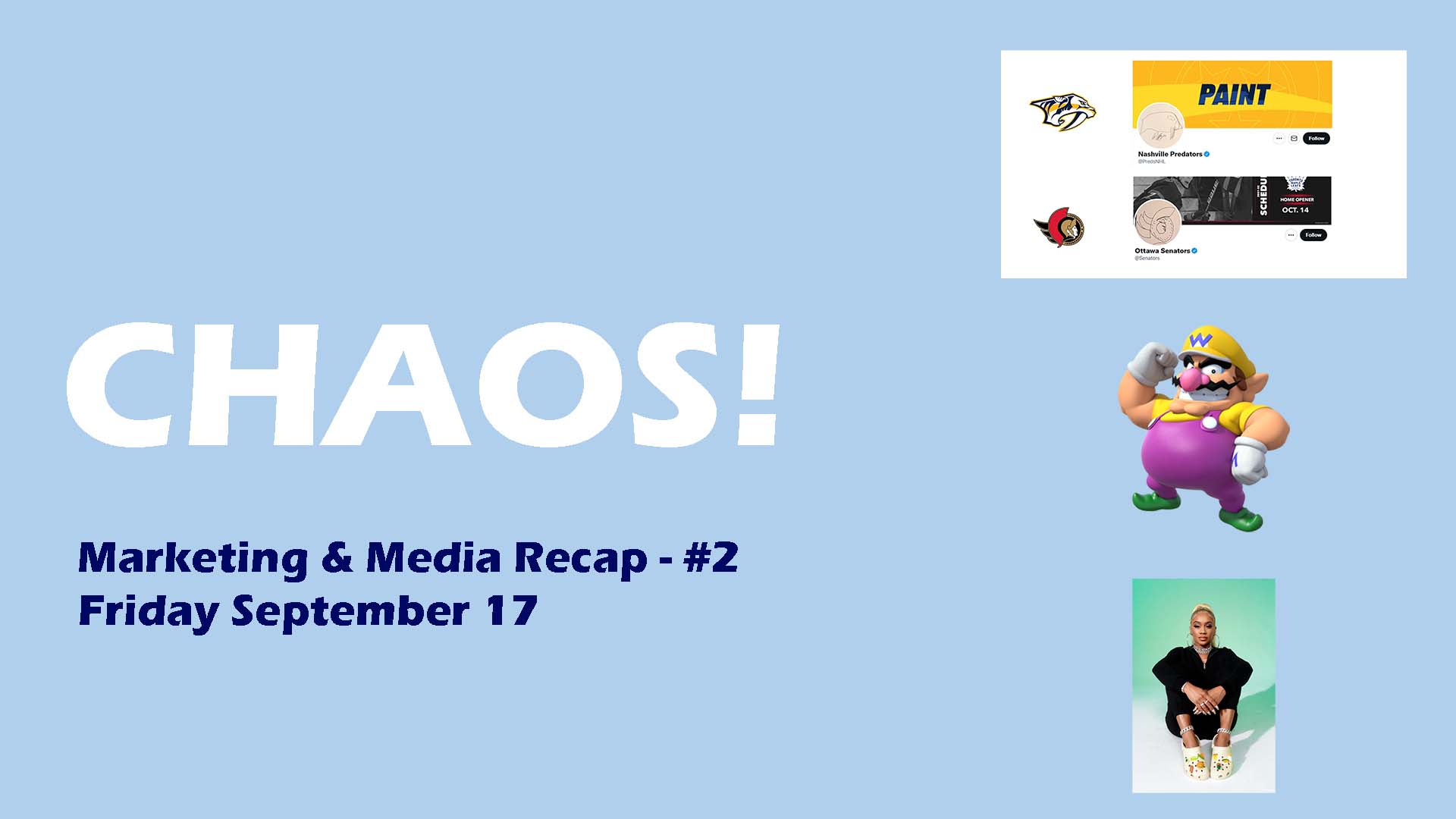 Let’s just say that this week has been chaotic. But chaotic in a fun and successful way! Let’s see what kind of chaos has happened and why being chaotic can be a good thing. Let’s get right into the recap!

Can you guess who tweeted this? Wario, one of Nintendo’s evil, chaotic characters took over the account! And he cheered his accomplishment by laughing He also changed Nintendo’s Twitter profile picture.

In all seriousness, Nintendo summoned Wario to promote the launch of Switch-game WarioWare: Get it Together. After Wario’s ‘BWHAHAHA’, Nintendo showed some previews of the game on their Twitter channel.

This BWAHAHA-tweet got lots of engagement: 194K likes and 4.6K comments! Just pure chaos! And Nintendo’s fans played along by commenting.

Nintendo’s Tweet showed that you don’t always have to come with corporate “company is proud to announce”-messages. Make it unique, relevant (and a bit chaotic), and people will know what you’re talking about. They will love it too!

Turns out…They’re great at drawing penalties, but not so good at drawing.

So the hockey players are getting roasted for their lack of drawing talent, and NHL Social Media teams are enjoying the fun too. Some hockey teams even changed their profile pictures to have them include the poorly-drawn logos.

So why would official Hockey profiles with hundreds of thousands of followers do this? Isn’t it a bit unprofessional? Not at all! It’s authentic and hockey clubs are using the moment to connect and laugh with fans together.

Crocs fans have a chance at winning shoes that have the ‘Hidden Valley Ranch’ look. And Saweetie, who collaborated with McDonald’s earlier this year, is happy to promote this weird contest!

What’s the deal with these weird brand partnerships? Well, I’ve just published an article about the success of unusual brand collaborations!

My takeaway of the week

It’s okay to be chaotic. It’s okay to make spelling mistakes. It’s okay to draw poorly and you don’t always need to post high-quality Instagram pictures. The most important thing is to be yourself. And if being chaotic is one of your personality traits, why not make use of that?