The battle of the bottles: Ronaldo and Pogba vs. Coca-Cola and Heineken 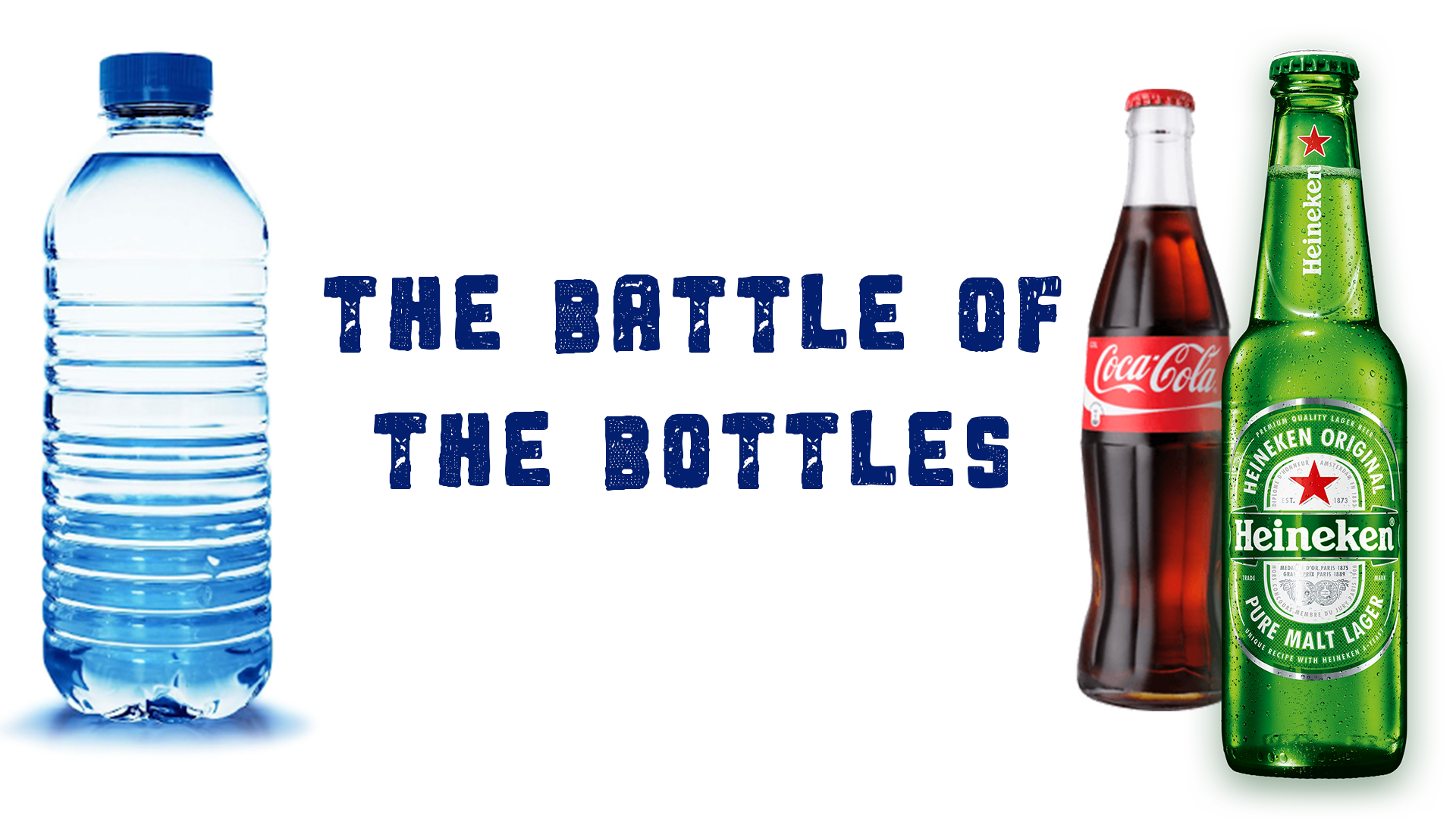 It’s UEFA EURO 2020 time, which means we can enjoy multiple weeks of high-qualtiy football! It also means that we’re confronted with a lot of brand partnerships in the forms of advertisements and product placements.

We’re five days into the EUROs and some brands might already be slightly regretting their decision to sponsor the EUROs. Thank you Cristiano Ronaldo and Paul Pogba!

During a press conference, Portuguese striker Cristiano Ronaldo removed two bottles of Coca-Cola out of sight. Then, he demonstratively grabbed a bottle of water and said ‘Agua’, implying that drinking water before, during and after sports games is healthier than drinking Coca Cola.

Just one day later, Paul Pogba decided to do something similar, as he removed a bottle of Heineken beer out of sight.

Both actions have become talks of the town. News media are massively reporting on their actions, and online media are discussing whether Ronaldo’s and Pogba’s actions are correct. But why is this such a big deal?

During the press conferences, Heineken and Coca Cola bottles are positioned in front of the players and staff that are interviewed. Most of the time, these bottles are left unopened.

Showing these bottles during press conferences is a form of product placement. This means that products are incorporated into other work. For instance, in the James Bond movies, you regularly see James bond sipping from a green Heineken bottle. Similarly, you see NBA- and NHL-players drinking Gatorade during matches.

So the intention of product placement is positive exposure of the brand. If we see football players drink from a bottle of Coke or Heineken, that’s even better for the advertised brands.

Because when we are exposed to this subtle form of advertising, we unconsciously remember the brand of the product. This, in turn, might influence our purchase decisions.

Why is this such a big deal?

Heineken and Coca-Cola will not appreciate Ronaldo’s and Pogba’s decisions. But what’s the big deal of the Coca Cola and Heineken bottles being removed?

Well, if you’re one of my loyal Twitter followers, you might remember that I wrote a little piece about the Balance Theory. In short, the Balance Theory explains the attitude of consumers towards a product when an influencer is involved in the product:

Quite often, when consumers are considering a product from a specific brand, they evaluate the relationship between a celebrity they like and that specific product.

And of course, Pogba and Ronaldo are among the world’s most influential football players. A lot of football fans are following the athletes’ behaviours. They are role models to many children and younger adults. So essentially, both Paul’s and Cristiano’s decisions are (either temporarily or permanently) very likely to impact consumer behaviour.

And it shows: Coca-Cola lost 5.2 billion dollars off the company’s stock price. They are slowly recovering from the dip that has impacted them. And now Heineken is trending on online media too. Who knows what happens to them.

Heineken and Coca Cola probably put millions of dollars into the partnership with UEFA, yet they see their value decrease by two individuals who shoved their bottles aside.

Pogba’s and Ronaldo’s actions face some criticism. Some consider their behaviour unsportsmanlike. We should not forget that Coca Cola and Heineken are official UEFA EURO partners. It’s a sponsorship contract. They invest a lot of money into a partnership because they expect positive exposure.

Do Pogba’s and Ronaldo’s choices negatively impact the consumer’s attitude and purchase behaviour? Yes, but I think for a very limited time and to a very limited extent. But obviously, Coca Cola and Heineken would rather have the players slurping their drinks instead of putting them away.

But on the other hand…Maybe Ronaldo and Pogba do have a point? Sports athletes are pushing their diet and exercise to the limit, meaning that there is little to no time to drink beverages high in sugar or alcohol, especially during matchdays.

Maybe, both events have taught Heineken and Coca Cola a lesson. Beer and Coke aren’t healthy sports drinks. Very few athletes will drink them on matchdays. The bottles that are positioned right in front of the interviewed players, serve no other function than decoration.

And if they want to associate their drinks with sports athletes, they could at least promote healthier products. For instance, Coca Cola could have promoted their water brand Dasani.